Coke dick: Everything you should know about cocaine and erectile dysfunction 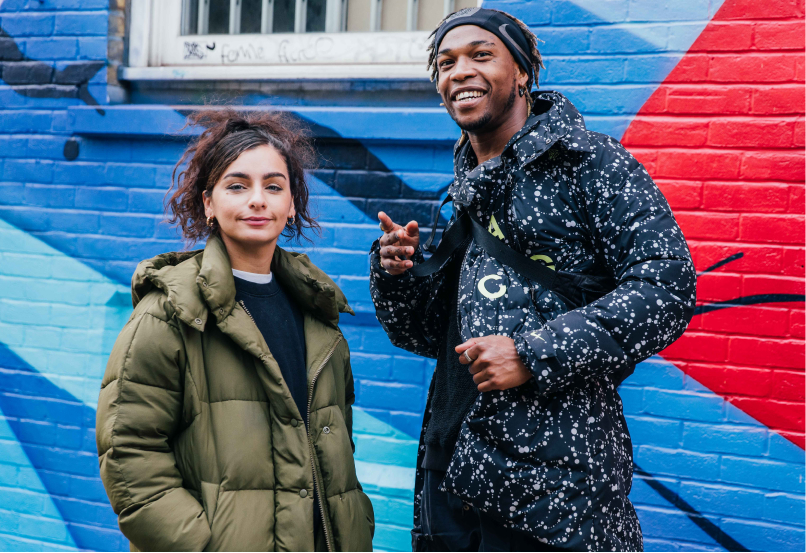 You may know it as coke, charlie, or gear. Maybe you like to refer to it as snow white, devils dandruff, or nose beers.

But, it comes with a catch twenty-two: cocaine can cause erectile issues.

“Cocaine increases your sexual desire, but stops you being able to get it up, despite normally being able to.”

Research shows that in 2020 around 5.2 million people in the US had used cocaine (and that’s just the reported numbers we know about). One study has also found that erectile dysfunction (ED) affects over a quarter of men under 40.

That’s a lot of people.

So, we thought it was important to dive into the world of cocaine and erections – enlisting the help of Dr Matthew Chan and Psychosexual therapists Amanda Barge and Silva Neves.

What is coke dick?

Simply put, coke dick is when the use of cocaine stops you from being able to get an erection.

Coke dick can be short-term or long-term, and have physical and psychological effects.

You may have coke dick if you’ve taken cocaine on a one-off occasion (or take cocaine on a regular basis) and one or more of the following statements is also true:

Can cocaine cause erectile dysfunction?

Coke & erections in the short-term

If you take coke for one night, you may not be able to get or stay hard during that one night – while the cocaine is still in your bloodstream.

Although short-term use of coke can stop you from getting great erections, it’s mostly temporary, and therefore wouldn’t tend to be given an official ED diagnosis.

Coke & erections in the long-term

But, if you take part in excessive cocaine use more regularly, it may cause longer-term erection issues or even permanent damage – both psychologically and physically.

In this case, coke use could lead to erectile dysfunction.

How does cocaine affect erections?

Physical effects of coke on erections

There are some physical effects of cocaine use that can contribute to erection issues (as well as some other sexual dysfunctions):

“Even though cocaine can really get the sex drive going, the physical effects it produces on blood flow and longer-term desensitivity to pleasure can really affect erections and ejaculation.”

Psychological effects of coke on erections

Erections aren’t just a physical response. Getting hard requires the right signals being sent from both the mind and the body.

To complicate matters, there are also some physical effects of cocaine that can then lead to psychological erection issues down the line.

Read on to see how cocaine can have a psychological impact on your penis: ‍

Becoming dependent on cocaine to have sex (shorter and longer-term)

Developing anxiety around having drug-free sex (shorter and longer-term)

How long does coke dick last?

Coke could stop you from having an erection each time you use the drug. In this case, coke dick may last until the effects of the drug wear off, or until the drug has left your system.

For most people, cocaine stays in their system for a few days (or longer if someone takes cocaine more frequently). However, most of it usually passes in the first day or so.

There isn't any hard (pardon the pun) evidence out there yet to say how long coke dick lasts after taking cocaine. As far as we know, cocaine erections differ from person to person, and it depends on how much cocaine you’ve taken.

Using cocaine more regularly could stop you from getting hard even when you haven’t taken any. This may need a more complex fix than just waiting for the coke to pass. Read on to find out more.

How to fix coke dick

If you have more permanent vascular damage

If coke has negatively impacted your libido

If you have a priapism

And lastly, you should always avoid reaching for ED pills for physical coke dick problems

If you’re feeling dependent on cocaine to have sex

If sexual desire is an issue, it might be a good idea to find other ways to feel hornier, instead of relying on cocaine. This could include:

If you think that general stress, anxiety, or depression is impacting your erections

"Overall, we’re here to reassure you that if you manage your drug use and look after your psychological wellbeing, the problems are usually temporary, and Mojo has plenty of tools and techniques to help you to get your unreliable erections back on track."

Solutions for both physical and psychological coke dick problems

Whether you’re experiencing a physical or psychological problem, if you’ve taken cocaine and you’re not getting hard, there’s a couple of key ways you can still enjoy sex with your partner.

Communicate with your partner

“The important part will be chatting with your partner about what is going on and what might be helpful while you are struggling with your erections.”

Viagra is one of the four main PDE5 inhibitors (ED pills) which include Sildenafil (Viagra), Tadalafil (Cialis), Vardenafil (Levitra), and Avanafil (Stendra).

These drugs can be used to give you a one off erection, if you are experiencing physical ED.

It may be tempting to take cocaine and ED pills at the same time if you’re looking for the desired effects of coke, combined with an erection hard enough for sex.

However, mixing coke with ED pills could cause:

How to avoid coke dick

We have some good news, and some bad news.

The bad news is, the best way to avoid coke dick is to avoid using cocaine altogether. Coke affects different men in different ways, but as a general rule, the less cocaine you take, the less likely you’ll find yourself experiencing coke dick.

The good news is, Mojo is here to help you enjoy better erections, more sexual confidence, and overall more satisfying sex – without ever having to touch the white powder.

Where to go from here

Sign up to Mojo’s free trial to help you get your erections back on track, and to discover mind-blowing sex without relying on cocaine.

You can also visit Mojo’s anonymous online Community Forum, where you can chat to other guys about their own coke dick experiences, and how they overcame them.

Sign up today to get a 7 day free trial and test out our videos, meditations and podcasts.