Why can't my boyfriend stay hard? 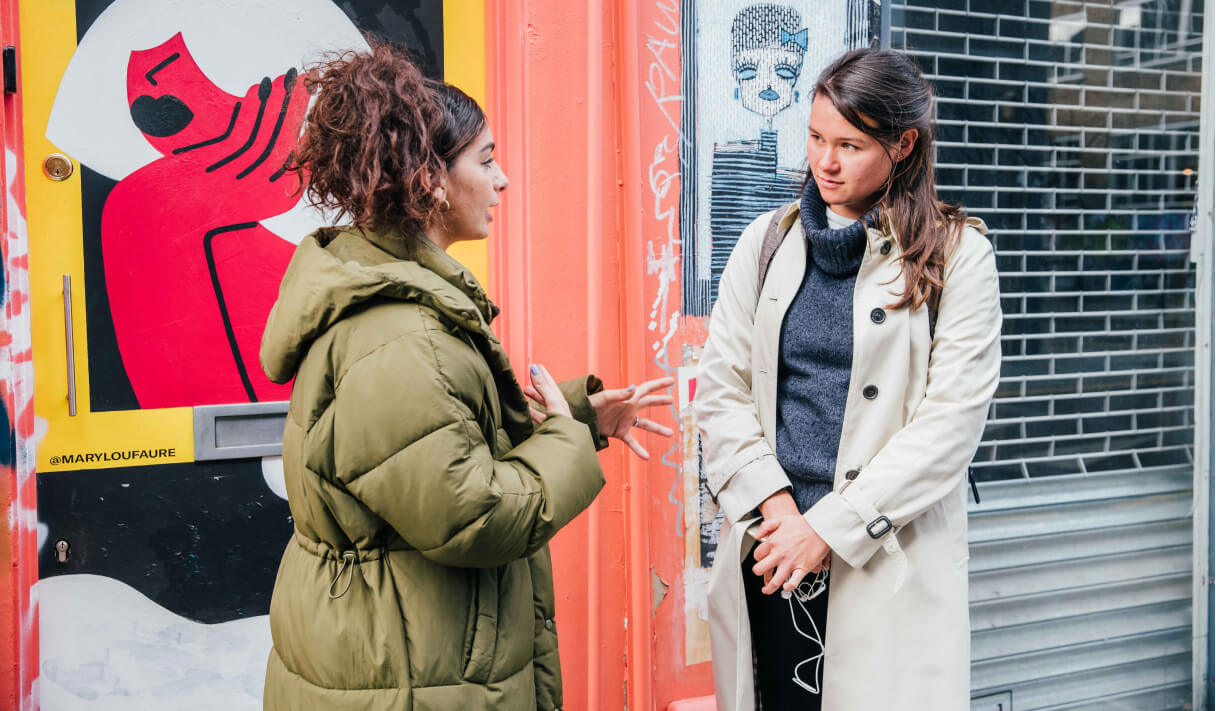 Does my boyfriend have erectile dysfunction?

Let’s start with a definition from the Diagnostic and Statistical Manual of Mental Disorders (DSM-5). They tell us that if your boyfriend hasn’t been able to get or keep an erection for at least 6 months (and experiences erection issues in almost all sexual encounters), he probably has something called erectile dysfunction (ED).

Your boyfriend may fit the criteria for an official ED diagnosis, or he may just struggle to get it up on the odd occasion. Either way, if you feel like it’s impacting your sex life or your relationship, Mojo is here to help you both.

Before we dive in, we want you to know that erection issues are very common for both younger and older men. So, if your boyfriend can’t stay hard, you're not the only partner out there looking for answers.
‍

Why does my boyfriend have erectile dysfunction?

Erections can be affected by a pile of possible causes.

There are some relationship-related issues that could lead to psychological ED.

But we’re here to reassure you that it’s much more likely to be one of many other potential psychological, physical, or lifestyle reasons.

Still don't believe us? Check out this post about all the possible ED causes. It’s a long list, so you’ll want to grab a cup of coffee first.
‍

My boyfriend can’t stay hard. Is it my fault?

If your boyfriend can’t get hard, it’s not surprising that your mind will jump to the worst case scenario:

These are all perfectly normal thoughts.

But now we’ve taken a look at all of the possible causes of ED, we know that the reason your boyfriend can’t stay hard is very unlikely to be your fault.

My boyfriend has ED and won’t touch me

If your boyfriend is avoiding sex (or any physical touch), he could be trying to avoid his erection problems.

As a partner, this may leave you feeling confused, frustrated, or even rejected.

Meanwhile, he may be feeling everything from guilt and embarrassment, to failure and vulnerability. He might also be in denial – figuring out how to acknowledge or address the problem.

It’s obvious that an explosive mix of emotions will be bubbling away behind the scenes, so communication is a vital first step. We’ll touch more on this soon.
‍

Learn more about why your boyfriend can't get or stay hard

Mojo's app was originally built for men with ED, but can help educate partners too – so that you can support your boyfriend if he has erectile dysfunction.

ED in a new relationship

Starting a new relationship is an exciting time. Date nights, butterflies, kissing in the rain. Okay, maybe that last one is just a scene from The Notebook.

But if the honeymoon phase is full of excitement, arousal, and sexual exploration, how can erection issues creep in?

We spoke to Mojo’s Psychosexual and Relationship Therapist, Amanda Barge, who explained that it doesn’t take much for your body to mistake the excitement of a new relationship as anxiety:

“Excitement and anxiety trigger very similar processes in the body. Sometimes it’s quite difficult for people to differentiate between the two.

If the body is in an anxious state, it goes into fight-or-flight mode. When this happens, the brain prepares the body for defense by directing blood to the muscles (and away from the penis).

We can see through evolution that there are very good reasons why a man in fight-or-flight would be very unlikely to have an erection.  A boner is not going to help a man running away from a saber-toothed tiger!”

Performance anxiety is when a man feels stressed and anxious about performing during sex.

This can creep into new relationships for a number of reasons, including:

So, if you’re sweating over whether he’s not into you, it’s most likely the opposite thing going on:

“Men often have ED because they care too much. They want to satisfy their partners more than anything.

It’s not a lack of desire, it’s that they’ve gone into an anxious state.”

When performance anxiety creeps in, your boyfriend will be experiencing the same fight-or-flight reaction, and he simply won’t be able to get hard.

If you’re in a longer-term relationship, it’s natural to experience ups and downs together, and this will naturally have an impact on your sex life, and more specifically, your boyfriend’s boners.‍

External stresses can come from anywhere and everywhere, and they can have a bigger impact on your boyfriend’s libido and erections than you might first realize.

“The stress of moving house, taking out a loan, change or loss of jobs, family bereavement, or trying to conceive.”

All of these external stresses, no matter how big or small, can all have an impact in the bedroom.”

Both of your libidos could also go up and down at different times. This can lead to a mismatch of sex drives, and it’s unlikely that you’ll always be perfectly in sync when it comes to libido.

My boyfriend has erectile dysfunction, what should I do?

Addressing the issue with your boyfriend for the first time will feel like a daunting conversation, so check out our top talking tips here.

Guide your boyfriend to speak to his doctor

Talking to a doctor can help to pinpoint the cause of your boyfriend’s ED.

Getting to a formal diagnosis early on can get your boyfriend on his way to better erections as soon as possible.

Psychological ED is a key cause of many erection issues (especially in younger guys). So, your doctor can help you rule out anything physical, and instead of being prescribed pills, your boyfriend will be able to follow an appropriate plan to tackle his psychological erection issues. Mojo can help with that bit.

And, perhaps most importantly, ruling out anything more serious will save you (both) endless hours of worrying.

Educate yourself about ED

Absorbing as much information as possible will help arm you with understanding, empathy, and knowledge for when you and your boyfriend are ready to talk about his erection issues.

There’s heaps of information out there on the web, but we also encourage you to sign up to Mojo’s trial. Here you’ll be able to learn all about erectile dysfunction and performance anxiety.

We also have a Partners Portal on Mojo’s Community, where you can chat to other partners who have boyfriends with ED.
‍

Take the focus off the penis and penetrative sex

Change up your sexual go-tos, focus on foreplay, and let your boyfriend know that you love being pleasured in other ways – like using his mouth and hands instead of his penis. This can take some pressure off his erection.

Meditation and mindfulness can help with psychological ED. They will encourage your boyfriend to get out of his head during sex and teach him how to be more present in the moment.

There are solo meditations as well as partnered meditations, which you can do together when you’re ready. Take a peek here.

Take things slowly and be kind to yourself

At Mojo, we hear some guys solve their erection issues overnight, and for other guys it can take a little longer – so be prepared to work through things slowly.

We understand that ED can take a toll on partners too, so we’re also here to support you. Ask us your burning questions here.
‍

How to talk to your boyfriend about erectile dysfunction

It’s not easy to talk about erections.

“Men often feel that they can’t approach their partner about ED, which is always a very sad thing to hear.

It’s about reassuring them that by being vulnerable, the partner will be better placed to understand their issues and work through it together.”

But, we're changing that at Mojo.

There’s a few things that can help you have a successful conversation:

If you’re not ready (or he’s not ready) to have an in-depth chat about his erectile dysfunction, then one of the easiest things you could do is send him a link to Mojo’s website in the meantime.

He can dig a little deeper, familiarize himself with ED, and hear from thousands of other guys in our community who have also opened up about their erection issues (and overcome them).

What not to do if your boyfriend has ED

We’ll keep this section short as most of these are a no-brainer, but try to remember not to:

Should you leave your boyfriend if he has ED?

Absolutely not. Countless couples have overcome erectile dysfunction together, so erection issues alone shouldn’t be the reason you break up with your boyfriend.

You’ve got this far so you’re already nailing it.

If you or your boyfriend would like to find out more about erection issues, try our trial to access our expert-led video courses, meditations, exercises, and techniques.

Learn more about why your boyfriend can't get or stay hard

Mojo's app was originally built for men with ED, but can help educate partners too – so that you can support your boyfriend if he has erectile dysfunction.